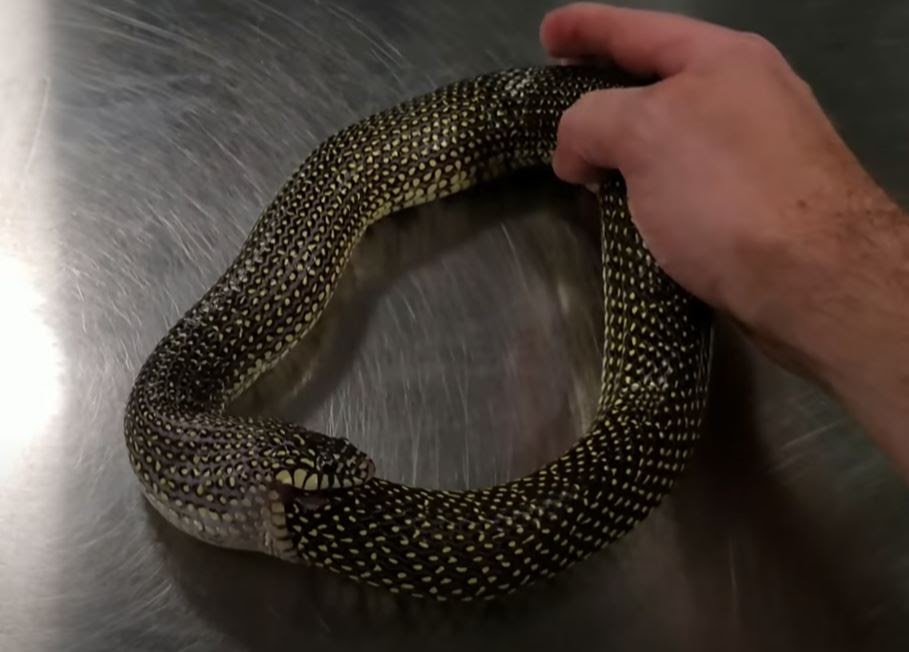 While the snake was swallowing itself, this guy did that… Watch the annoying video

Whether the snake is small or large, people are terrified when they hear its name. A snake is a venomous animal and its bite can kill anyone. This is the reason why people change their ways when they see a snake. A video has surfaced on social media which is going very viral. This video shows a snake swallowing itself. The video, which has been uploaded to YouTube, has been viewed more than 13 million times so far. It was recorded by a man who had a spotted king snake.

When he was trying to swallow himself and almost swallowed his whole body. The owner then used a very strange trick to stop the snake, which worked like a miracle. The video shows the snake swallowing most of its tail and body behind it. However, the owner of Kingsnake tried to apply a hand sanitizer on his head and said that the snake did not like the taste of the hand sanitizer.

As soon as the person applied the sanitizer on the snake, he immediately removed his whole body from his mouth which he swallowed. The man said he inadvertently applied sanitizer to his eyes instead of the snake’s head, so it bounced quickly. However, he clarified, “The good news is that snakes have clear scales that protect their eyes, so their eyes are not affected by hand sanitizer at all.”

Why the snake swallowed itself, the man explained, this kind of thing sometimes happens with Kingsnake because Kingsnake eats other snakes. Some believe that this is due to stress, hunger or overheating. It is doubtful that there could be any of these reasons in this situation.