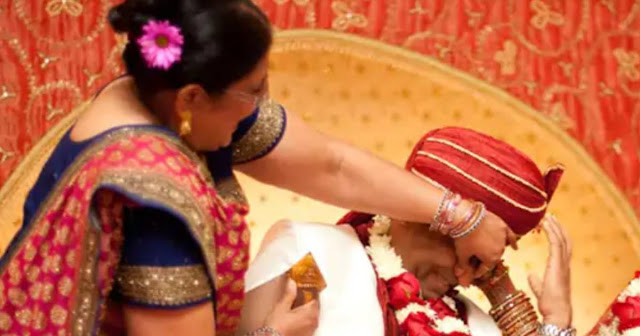 The families of the bride and groom came face to face over the ‘nose’ pulling, the marriage broke up, the meal was ruined.

A very shocking and ridiculous incident has taken place in Jamnagar. During the wedding ceremony, the bride’s mother refused to pull the bride’s ‘nose’ while she was living in the United States. So that the bride’s mother was mistaken. Not only that, in a few minutes both the families got into a fight. Gradually, the two sides clashed over the issue. At the same time, the bride also came and refused the marriage. So Jaan was back in the green toran and the cooked food was lost. This marriage has become a topic of discussion in including Jamnagar. 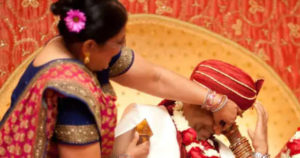 According to the details of the much talked about incident in the city of Jamnagar, a young man of pottery caste living in Limdaline area of ​​Jamnagar had a love affair with a girl of Vanja caste of Jamnagar. The couple decided to get married and eventually the couple agreed. Therefore, the wedding was scheduled for Thursday, January 20. The wedding was held at a hotel in the city.

Jan arrived at the hotel at the appointed time. Rasni Ramzat was spoken in Samaiya. The bride’s mother later tried to grab the groom’s nose, according to the traditional wedding ritual. But the people of Varapaksha refused to hold their noses. However, according to the ritual, the bride’s mother touched her nose. This provoked the people of Varapaksha. Not only that, the family members including the groom’s uncle had taken away the future mother-in-law. As time went on, a quarrel broke out between the two families.

The bride refused to marry

Within a few minutes, fierce arguments broke out between the two sides. Amidst the intense heat, the bride also came to the door and stood up. A few moments later the two families came face to face. So even the bride angrily refused to marry. 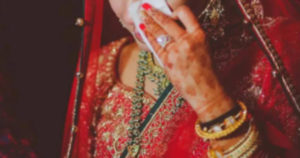 As soon as the bride refused to marry, the two families fell in love. Unable to bear the humiliation of his mother by the bride, he turned down the marriage proposal. The people of Varapaksha were shocked when the bride boldly refused the marriage. The bride was not bothered by her decision. The whole revelry lasted about an hour. In the end, the bridegroom had to take his own life and return to the green toran.

Cooking was also thrown away 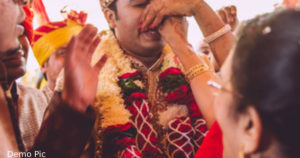 The love affair ends before the marriage begins

Thus the love affair of a loving couple from Jamnagar in a common case came to an end before Saptapadi took the step. Only the groom ‘touching the nose’ was the cause of the disruption of the marriage. This has created a lot of controversy not only in Jamnagar but all over Gujarat.