This Hanumanji temple is considered most holy and sacred. It is among the more prominent ones in the Swaminarayan Sampraday. The image of Hanuman was installed by Sadguru Gopalanand Swami on Ashwini vadi pancham – savant 1905 (as per Hindu calandar). The image of this temple is said to be so powerful that a mere look at it by people affected by evil spirits,drives the evil spirits out of the people affected.

Shemaroo Bhakti is one stop destination for all your devotional needs. You will be amazed to find all essentials and day to day divine contents and product to be found on one app. 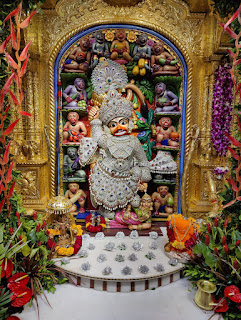 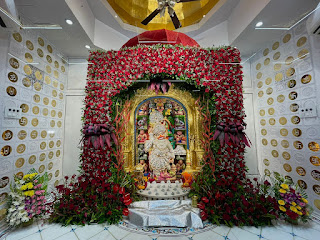 Gujarat is popular to temple and differant places. here Salangpur Hanumanji Temple, District – Botad, Gujarat,India. The name of this place is “Salangpur” and its almost 150 kms away form Ahmadabad and 82 km from Bhavnagar. The name of this Salangpur Hnauman is “Kashtabhanjan Hanuman”.

The temple is really big and spacious, and the statue of Lord Hanuman is really impressive. Make sure to collect the holy water from the well.

Food is served free to all visitors at the temple’s dining room. This dining room is run by the temple’s trust as well as the Swaminarayana temple located in the same complex. Around 5,000 people take prasad in the form of lunch daily.This figure will be at least double on Saturdays. There is a dharmshala located near the gate of the temple, where the people can stay overnight if they wish. Shri Hanuman Mandir, Sarangpur

Rituals such as Abhishek, Pooja and Aarti, which runs from morning to night, can now seen on your Mobile, Tablet and Android TV.

This App has day-wise auto sequencing feature wherein according to day content will be shuffled on main page.